EXPOSED on Kopenhagen Rabbit Keychains: You are supporting animal cruelty WITHOUT knowing it!

I've been wanting to post this for the LONGEST time ever but I just couldn't find the time to sit down to do it.
It's something that has been bothering me for quite awhile and I am SO glad that it came out in the news today.

Yes, if you haven't heard about it - It's regarding this little cutesy keychain here (known as "Kopenhagen rabbits") that I am sure you would have seen it somewhere.
It's like the in-trend thing and I can guarantee you almost all the girls out there would squeal in delight because it IS JUST SO CUTE, FLUFFY AND SOFT. 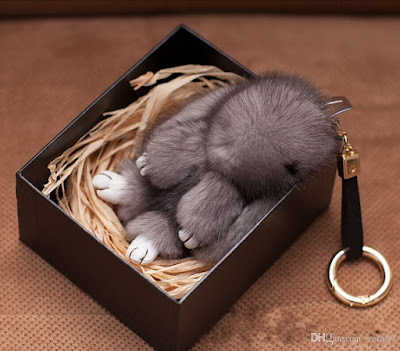 Except for the fact that THIS WAS INDEED MADE FROM REAL ANIMAL FUR.

Yes, they may NOT necessarily be fur from the rabbits (just that they were MADE into the shape of a rabbit) - but I've done a bit of research and found that there were reports that the fur were skinned from animals known as Minks.

How could anyone possibly lay a finger to skin these cute little creatures? 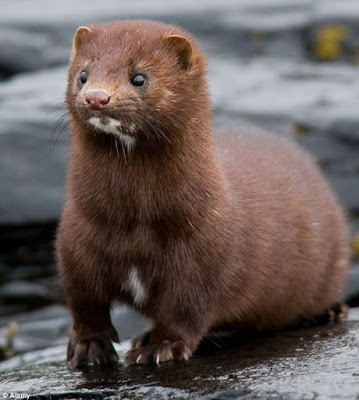 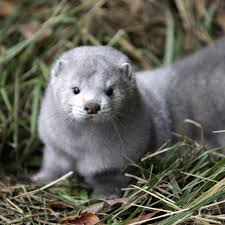 According to a source on how minks are killed:-

"Most of the mink on fur farms are killed between November and December, except for the animals that are kept for breeding stock for the following year. These animals are killed in March and frozen for their pelts until the winter. They are gassed to death.

Animal Equality has documented how minks are forced out of their cages by farmers and thrown violently into the gassing box. Seventy minks are crammed inside. Once inside, they can remain alive for over fifteen minutes, making desperate attempts to escape."

(I am not saying that ALL of the Kopenhagen rabbit keychains are made only from mink fur as there are many different manufacturers. BUT I do have credible sources from some manufacturers that they have used mink fur to make the keychains)

I have no idea if people who bought it are actually AWARE that these are made from real animal fur (dead or alive, we won't know) BUT one thing for sure, these fur were SKINNED from poor, innocent animals who sacrificed themselves just to become that cute but dead little accessory you hang on your bag.

I was at Bugis last week and spotted one of the stalls selling them. It was not difficult to spot as they looked so colorful and many shoppers would often stop short in their tracks to touch them. 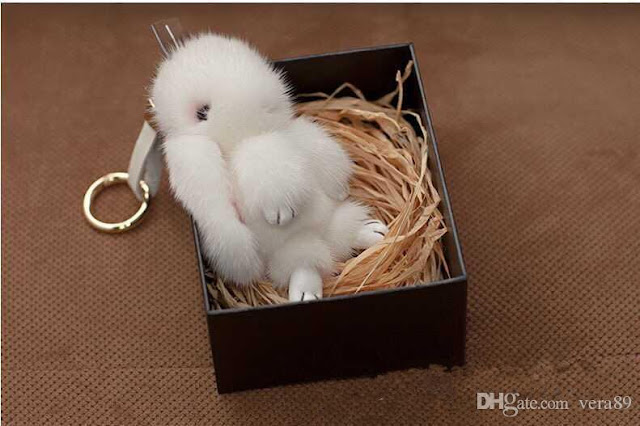 Knowing very well that these were real fur, I asked the shop assistant about it nonetheless.
She immediately denied that those were real and said those were in fact "Man-made fur"

But I am sure her answer would let the guards down of many because people would feel safe that they are man-made, hence going ahead to purchase it thinking that NO ANIMAL WAS HARMED.
If you are one who own one and not aware that this is actually real, then it's time you should take a second look at it again.

THERE'S ALWAYS AN OBVIOUS DIFFERENCE BETWEEN REAL AND FAKE FUR.

Real Fur are incredibly soft to touch (NO man-made fur is able to replicate that feel) while fake fur feels coarse and even rough at some points. I know very well because I own fake fur products.
Also, there will be a tinge of smell - I am not sure how to describe it exactly, but it has this grass-kind of smell that only exists in real fur. 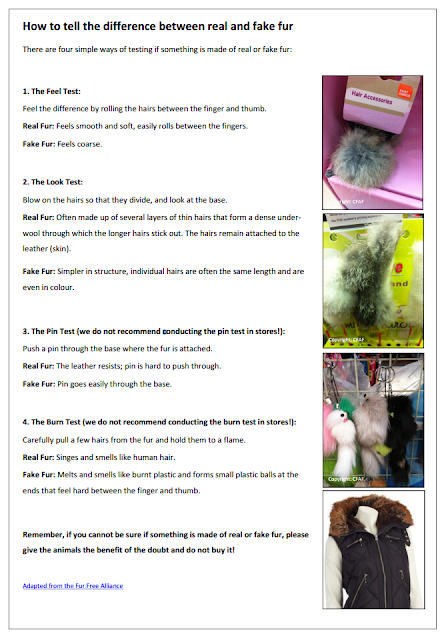 I KNOW BECAUSE I ONCE OWN REAL FUR PRODUCTS, TOO, AND DEEPLY REGRETTED IT.

Honestly, I was captivated and tempted to purchase the Kopenhagen rabbit keychains before until I conducted my own research and discovered the horror behind them.
For those of you who use Taobao, try searching for Kopenhagen rabbits on them and you can see for yourselves. Some sellers will even state the origins of the fur and HOW they made them.

You will be stunned for words.

Surprisingly, nobody had reported about it or even mentioned on any websites during the period when it was so hot in trend.
I guess people just took it that the Kopenhagen rabbit keychains are just another accessory.

If you love animals and are against animal cruelty, DO NOT SUPPORT SUCH ACT BY PURCHASING OR EVEN HANGING ON YOUR BAGS.

You MIGHT be actually hanging a piece of MINK if you do:-

My heart just broke while sourcing for pictures of Kopenhagen rabbit keychains for this blog entry.

Unless you don't mind the idea that poor animals such as minks had their fur SKINNED just to become that fanciful accessory you hang on your bag, then you can go ahead to purchase it.

Just remember that you are owning a piece of what could have been the beautiful fur on that animal if not for the fact its life has been sacrificed for you.